All Upper Cervical Chiropractor in Danville

The most vulnerable part of the neck is in the area where the head meets the neck called the craniocervical junction. Concussions can often injure the ligaments, muscles, and nerves at the top of the neck which are highly associated with symptoms like headache and dizziness. Injuries to the neck can also cause hyperactivation of the sympathetic nervous system which can lead to symptoms of brain fog, rapid heart rate, and other signs of dysautonomia.

These procedures avoid any aggressive movements, and most of the time you can barely feel anything being done. While you may not feel an instantaneous change during the correction, patients can expect an immediate change in posture, leg length, muscle tone, and even a visible change in alignment on X-ray after the first visit.

While most people associate chiropractic with getting adjusted 3x/week for months, most upper cervical chiropractors are actually trying to avoid adjusting you. The goal is that they can deliver a correction that will last instead of needing to go after it every visit.

While there are approximately 300 doctors that practice using this NUCCA procedure, you can find very similar results and approaches from chiropractors who practice Atlas Orthogonal, Orthospinology, Grostic, Blair, and Knee Chest upper cervical techniques. 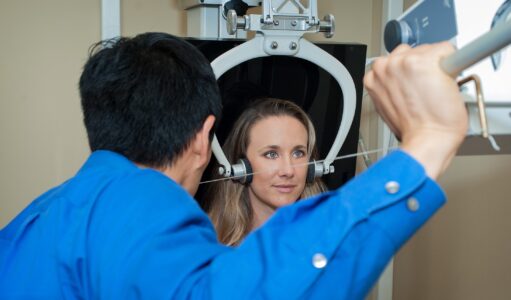